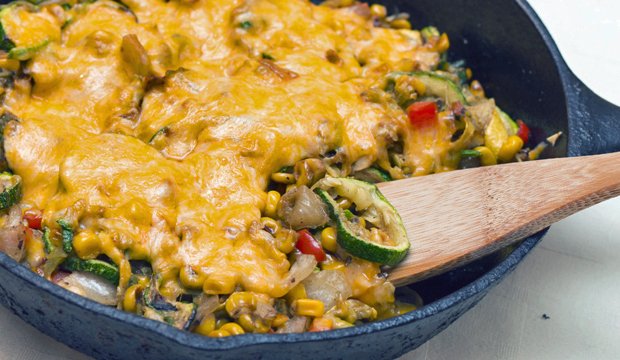 New Mexican food tends to be hearty- lots of chiles, cheese, frijoles and posole. After a few days in Santa Fe, though, you have a hankering for something lighter. That’s when you order calabacitas, their traditional squash and corn casserole.

At home, we tried different versions, but none of them really shouted “perfecto.” Then it hit me. I was craving the calabacitos from Hatcha’s, a diner in Angel Fire, New Mexico. Their dish has a deep, smoky flavor which complements the chiles on the other side of the plate perfectly.