The five of us Kees live thousands of miles apart, but when we visit by skype, within minutes the talk turns to our latest interesting meal. Put us in the same location, then conversation and flour begin to fly. We uncork a bottle of wine, whip up a quick frittata, analyze and argue the subleties of the seasoning and catch up on each other’s lives.  Some of our family’s happiest and most lively moments have been spent around the dinner table. 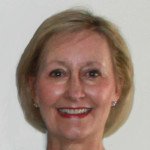 Louise gave her first dinner party at age 12 with recipes from her grandmother’s Gourmet/Bon Appetit cookbook. Pretty ambitious for a kid raised on chicken fried steak and who didn’t know what Gourmet Magazine was until years later. College in New Orleans -with spur-of-the-moment meals at some of the world’s greatest restaurants- and numerous trips abroad cemented her love of cooking and ingredients different than those at her family’s mid-twentieth century dinner table, namely Velveeta, canned corn and Salisbury Steak TV Dinners. 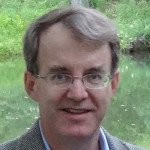 John provides intellectual conversation and comic relief during our culinary sessions. He’s most famous for the meal he ate nightly during his single days -Minute Rice and butter served with a side of bourbon. Cooking really isn’t his thing. 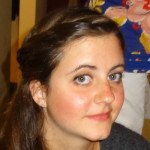 Youngest daughter, Sarah, is a college student in Boston. Her early food inspirations include Southern specialties such as fried chicken, TexMex, barbeque and catfish which she endured every Friday at summer camp for nine years. Sojourns in Thailand, Ghana, Europe and New England expanded her culinary interests, though. A grillmeister, she’s makes perfectly marinated and grilled vegetables. Her Asian quinoa salad is to die for! 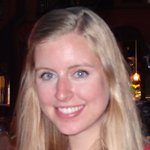 Middle daughter, Lizzy, is the family baker with a knack for combining unique ingredients. (Her cousins still rave about the walnut spice muffins with rose icing she made last year.) Lizzy spent the last four years at college in New Hampshire with extended stints in Paris, Buenos Aires and Costa Rica. Now that she’s a college graduate is she running home to live with Mom and Dad in Texas? Of course not! This year she’s working in Paris and will give all kinds of suggestions on hidden food gems in France. 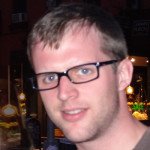 After graduating from college in 2010, the eldest sibling, John, spent a year teaching in Budapest. His favorite Hungarian dish? Chicken paprikash. On second thought, maybe it’s palinka –which definitely qualifies as a meal in Hungary. Now John lives in Brooklyn and explores all the fascinating cuisines of New York City. (Uyghur food, anyone?) In his own kitchen, he’s been experimenting with Sichuan peppercorns recently. Oh, and he’s great at picking inexpensive (less than $15/bottle), good wines to go with whatever meal -traditional or exotic- we’re eating.