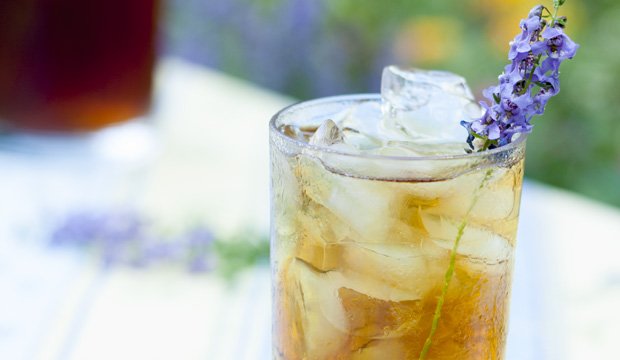 Who knew the Pacific Northwest had so much in common with southern France? By that I mean, only a few miles from glaciers, mountains and marmots: You can find acres and acres of lavender: In fact, Sequim, Washington, on the road between Port Townsend and Olympic National Park, calls itself “The Lavender Capital of North America.” And we stumbled upon their annual Festival. We bought all kinds of lavender “stuff,” potpourri, sachets, oil and even coffee which was delicious.

It’s waaayy too hot for coffee right now, but a tall, cold glass of lavender iced tea? That sounds perfect.